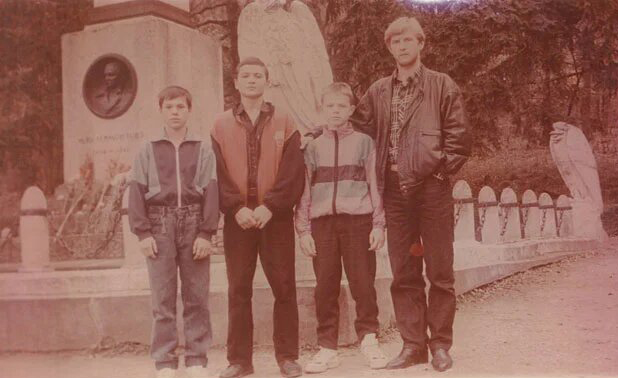 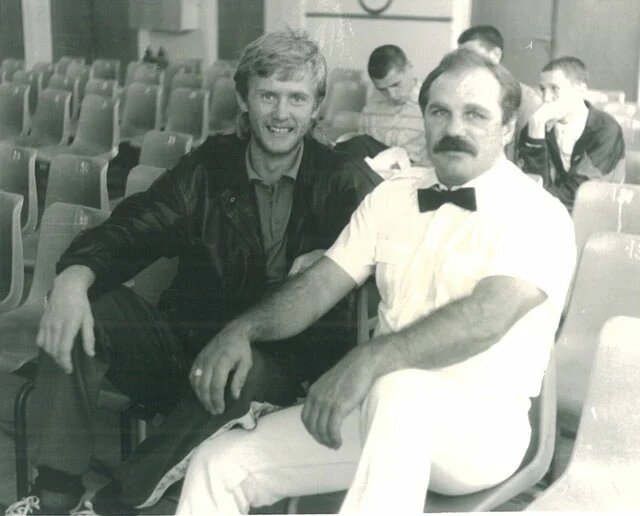 Timofey Kurgin was born in 1977 in the town near Moscow — Ramenskoye.

Timofey has an older brother and a younger sister. Alexander runs his own business. Natalia, who graduated from the Russian Academy of Justice, worked for some time by profession, and at present, she raises two children.

Timofey Kurgin spent his childhood in his hometown, where he studied at school №1.

He spent most of his free time in the boxing gym, where he signed up in elementary school. In addition to the basic training - Timofey also practiced in boxing by himself.

Timofey Kurgin notes that his childhood is the childhood of an ordinary Soviet child. In those days, many people did not live richly, but pretty decent. 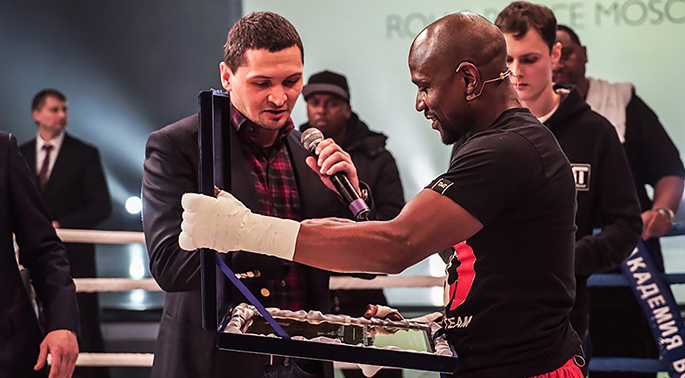 Sport came into the life of Timofey Kurgin at the age of nine. He began boxing in the Kholodovo (Ramenskoye) microdistrict at the Raduga sports complex. Timofey's father, Gennady Kurgin, won the USSR Boxing Championship in 1980 in the 71kg category. In addition, Kurgin Jr., from an early age, understood the importance of developing the fighting qualities in himself that every man simply must possess.

The first coach of Timofey Kurgin was Vladimir Evgenyevich Samochatov, a well-known specialist in the city. Up to 11 years, as Timofey himself recalls, he boxed not so well and he didn’t have great success in fights.

The defining moment in the sports development of Kurgin was the tournament in Kolomna, where Timofey achieved one of the most memorable victories of his sports career. In the final, he beat by TKO the toughest rivals in his age category. Timofey Kurgin recalls that the victory allowed him to join the regional boxing team.

As part of the Moscow region team Timofey Kurgin made his debut in the federal level tournaments. At the age of 14, he won the Council of Russian Trade Unions Championship, and at the age of 15, as part of «Trudovye rezervy», Timofey won the silver medal of the Youth Russian championship.

Another major milestone in the life of Timofey Kurgin was traditionally held in Lyubertsy the major All-Russian boxing tournament in memory of the Master of Sports — Yuri Kapitonov. There he earned his first purse of 10 rubles. It was a tournament in memory of Kapitonov, Kurgin, becoming a businessman, took as a basis for organizing competitions for young and promising athletes who need support and appropriate motivation.

Timofey Kurgin said more than once that his personality was formed precisely because of the sport, which taught him to win, to exercise patience and to strive for a goal. According to Kurgin, a boxer is «the one who can quickly make the right decisions under the fire of blows», and he calls boxing training «an invaluable experience that will be useful to everyone in any kind of occupation». 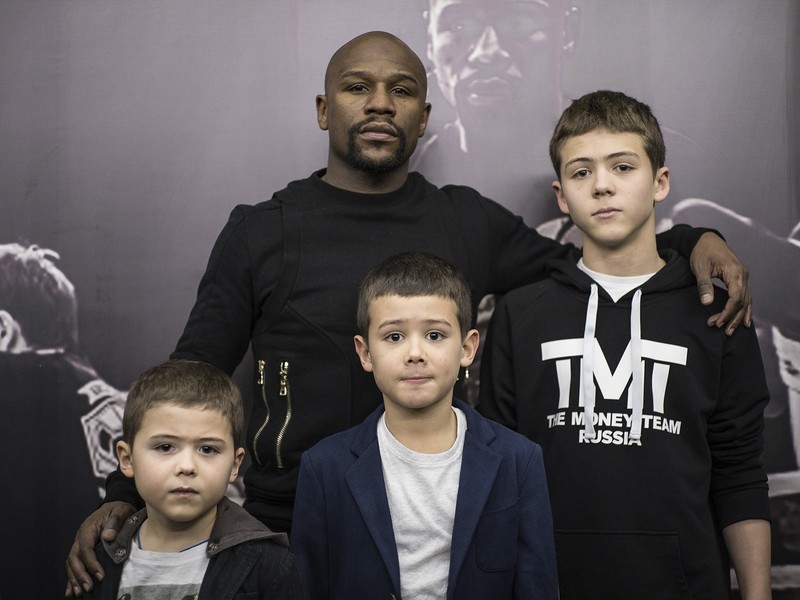 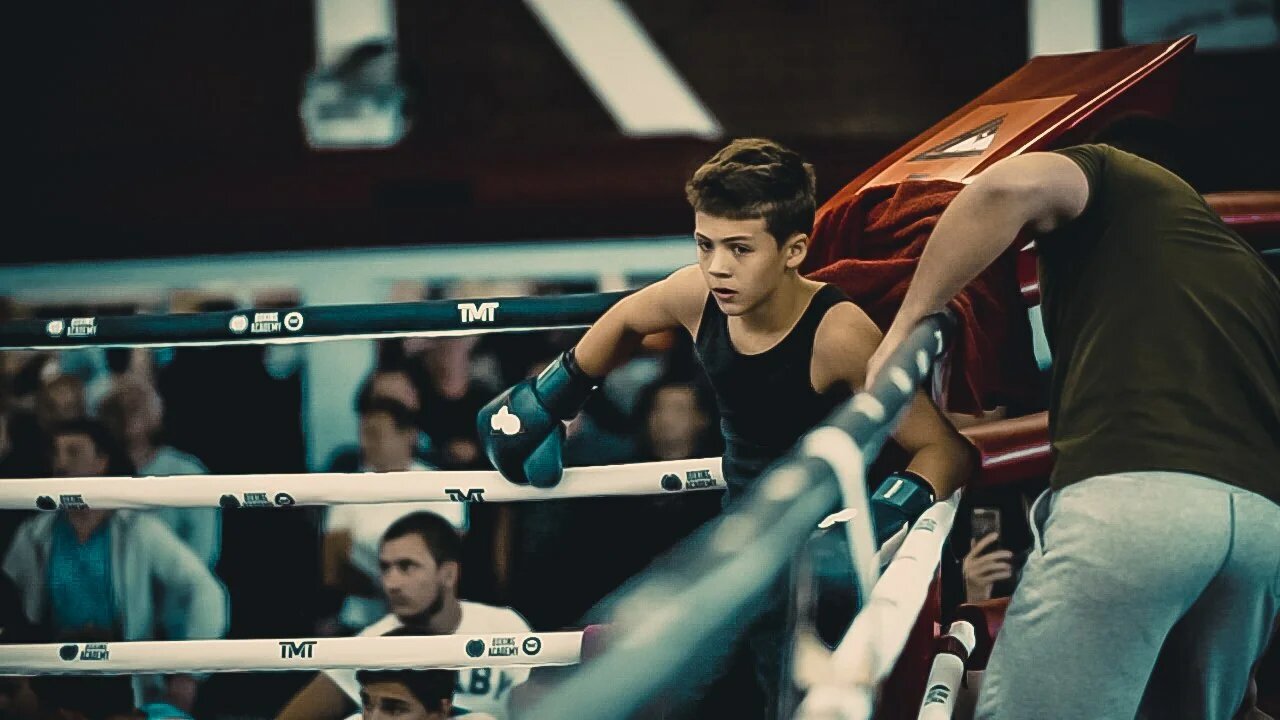 With his wife Liliana, First Vice-Miss of Ukraine, Timofey Kurgin met in 2001 while on holiday in Yalta. They got married in 2003.

The brothers give all their attention to school and sport. Kurgin's eldest son is involved in boxing. He has already had four fights.

«I'm glad my elder son is involved in boxing, and he likes it, I am glad that he wants to win, - says Kurgin. - He has already proved in his fights that he is not a coward, that he has a fighting spirit. However, I don't look at him as a future boxer only. First of all, it is important for him to be a worthy person and do what he wants. Boxing, undoubtedly, forges the man's character, but it is important to stop at the right time. After all, in boxing you get hit in the head.

Most of all, I want my children to devote their lives to their favorite things to do and they should be passionate about it, because this is the only way to devote yourself to the cause and not to be scattered on unimportant goals. You got to have this fire inside, and I want them to succeed». 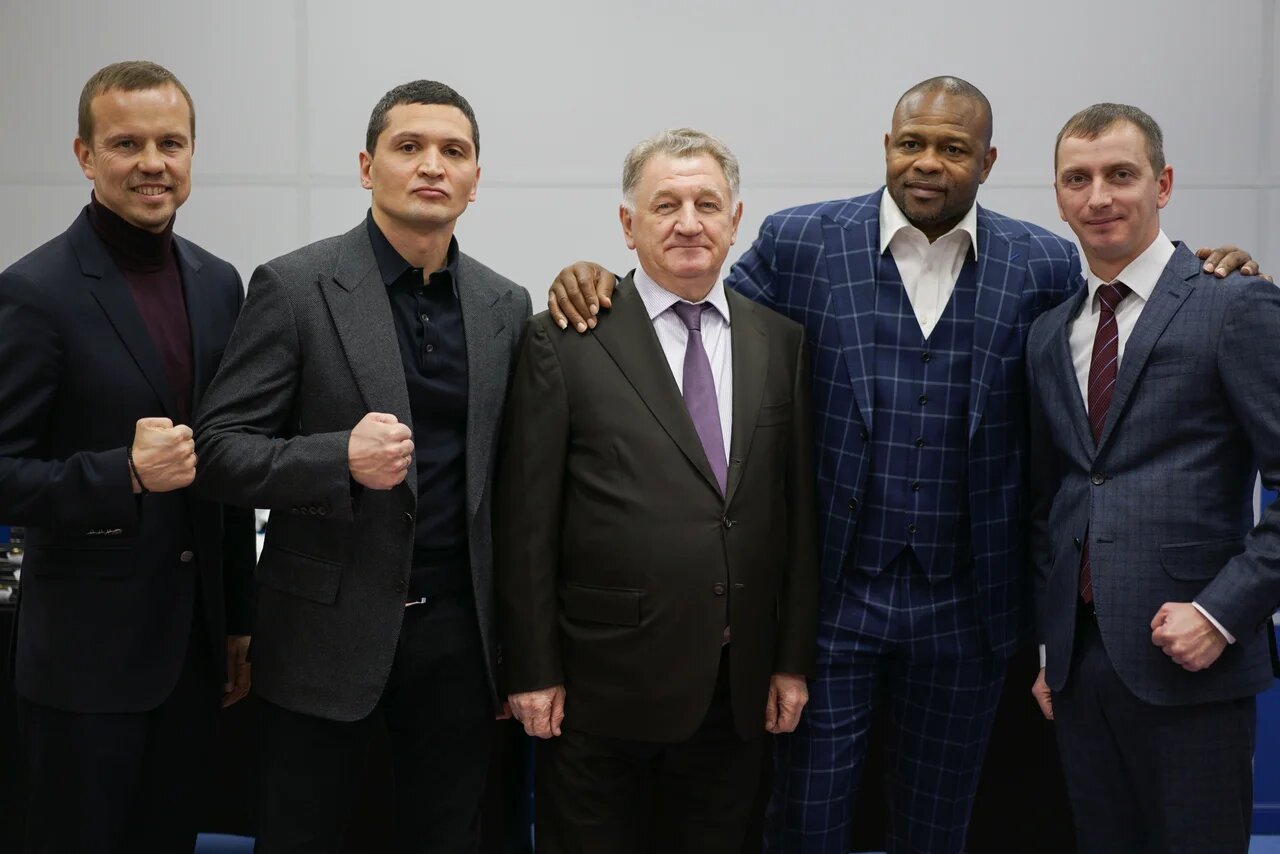 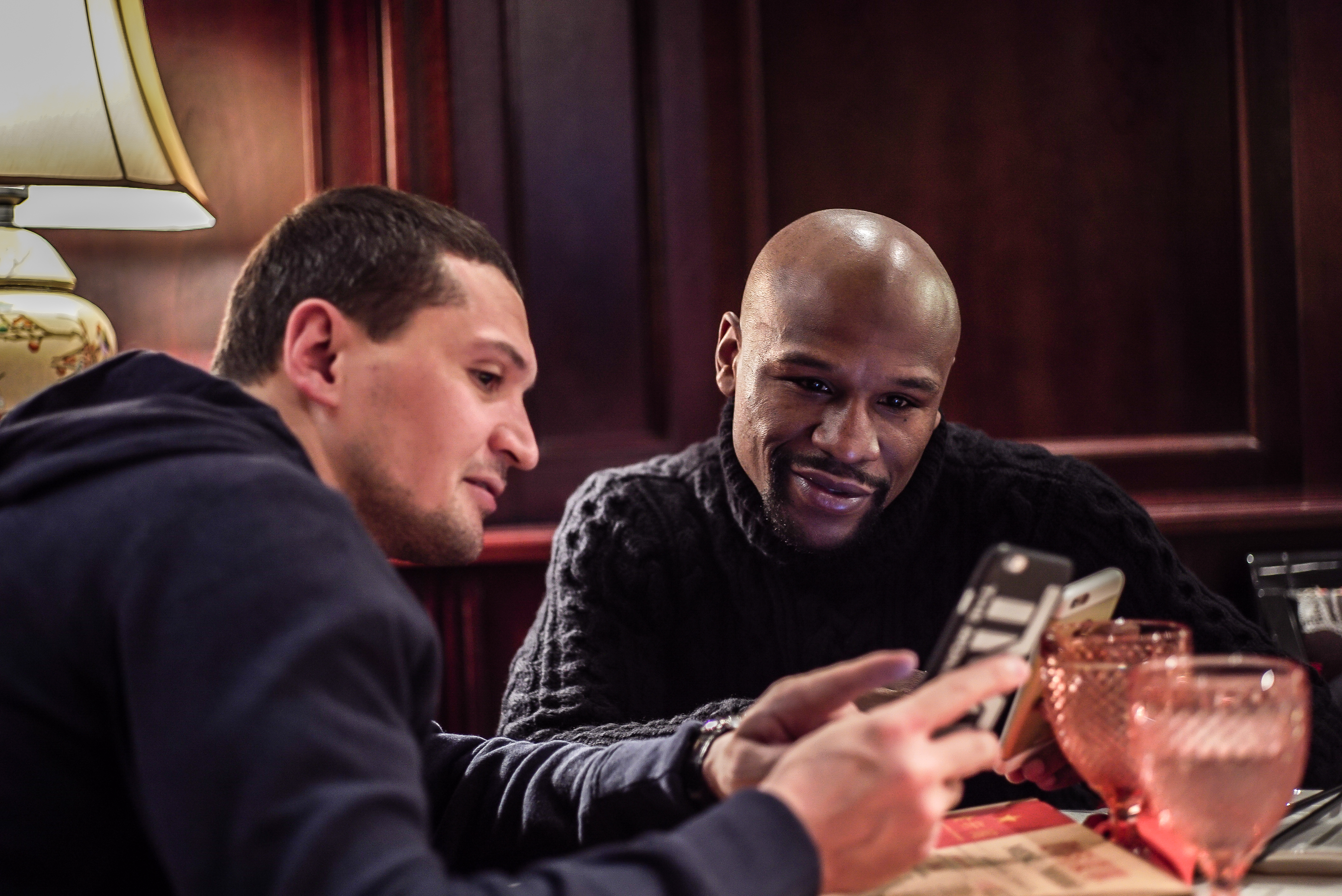 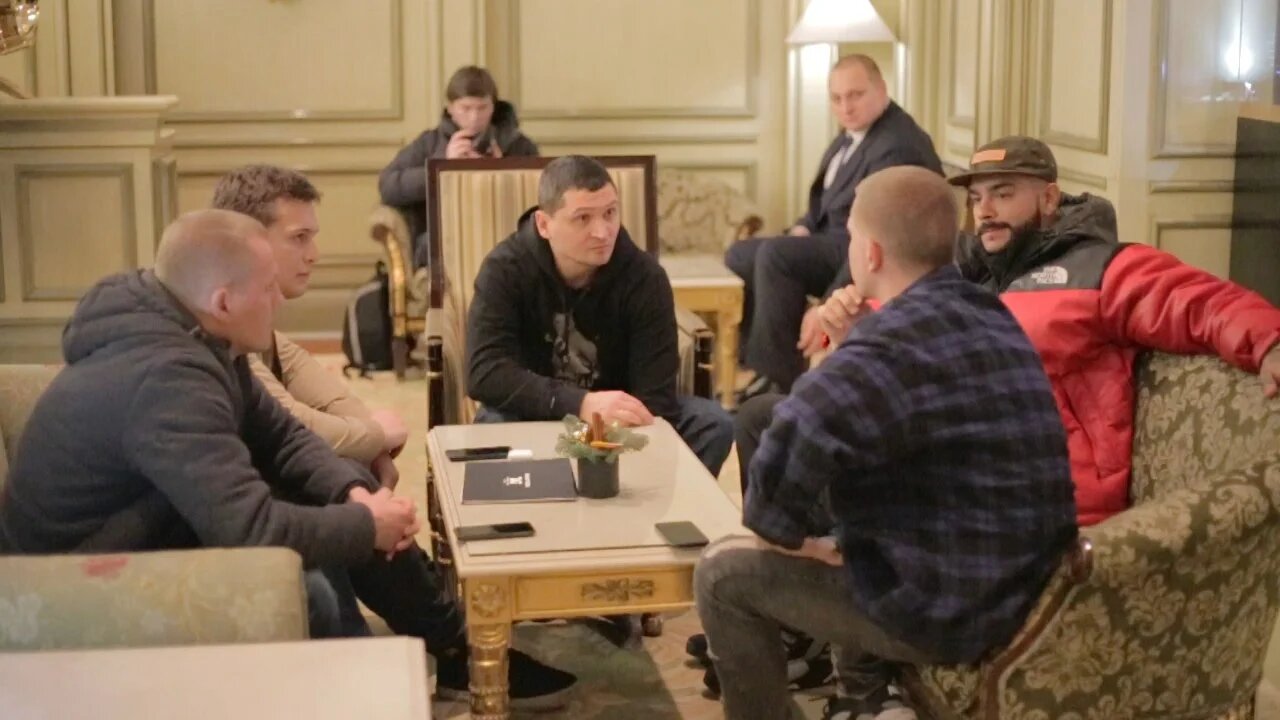 Timofey Kurgin is the Board of Trustees Chairman of the Foundation for the Development of Russian Regions «+7», as well as the founder of his own investment company.

«I got my greatest experience in business by solving complex situations. While doing this, I had to participate in the reorganization and the formation of entire industries, but today I consider it as one of my main competitive advantages. Whatever I do, my basic principle is smart and systemic solutions, - says Timofey Gennadievich. - You need to select the team wisely, solve problems wisely, invest money wisely - this is what I manage to do and what I consider my main success. Now I’m more focused on investing in perspective projects».

Timofey Kurgin directly associates his business success with the principles he adheres to — decency, care for the reputation of his company and worthy motivation for employees and partners, ability to conclude in any circumstances, foresight in making decisions.

«Quite often I have business visits to other countries and I want the image of a businessman from Russia to change for the better. I want a Russian businessman to be seen as a partner and a man who always fulfills his obligations and who is always true to his word. The one who works hard and who is favorable to cooperate with, - Kurgin tells.

And, of course, one of my main goals is to create long-term business relationships with the world's largest players. For several years my friend and partner is the highest paid athlete in the world, Floyd Mayweather Jr. I would like to develop this cooperation and at the same time work on joint projects with several other well-known businessmen in the world». 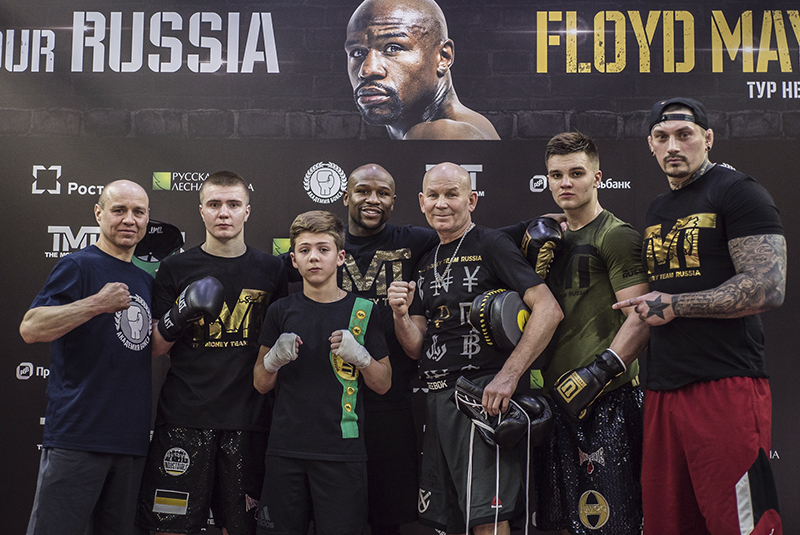 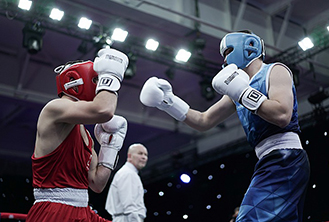 Timofey Kurgin and Floyd Mayweather have founded the joint project The Money Team Russia. The main goal of this company is the development of boxing and exchange of experience in business, sports, education with talented and successful people from all over the world.

In 2017, Floyd Mayweather opened the «Boxing Academy TMT» gym in Zhukovka near Moscow, and the project The Money Team Russia is currently working on creating a network of gyms. Timofey Kurgin is the exclusive representative of Floyd Mayweather Jr. in Russia.

Despite financial investments in the opening of the «Academy», Kurgin does not consider this project to be a business. “We wanted to create the best boxing gym in Moscow, but at the same time to make a gym that is comfortable for visitors of any wealth and status to train. Professional athletes and people who simply like to keep themselves in shape with the boxing training will get there everything they need. At the same time, on the «Academy» basis we have the opportunity to hold both - children's tournaments that are necessary for future high-level athletes, and a large number of corporate events.

In December 2015, Timofey Kurgin, the «Boxing Academy» and the state corporation «Rostec» initiated the event, which was included in the Guinness Book of Records. Floyd Mayweather held the most massive open boxing training in which more than 900 people participated. Over 5,000 people watched the record setting. 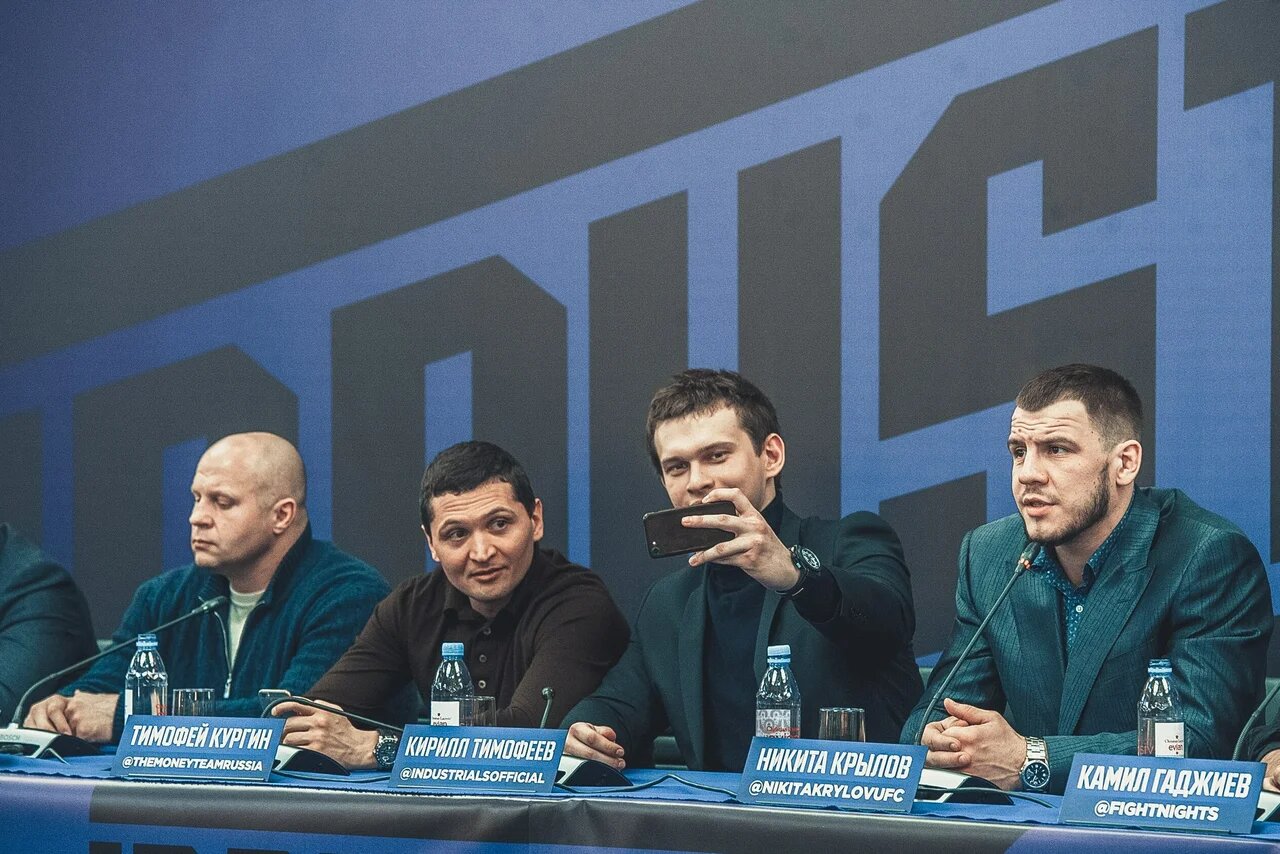 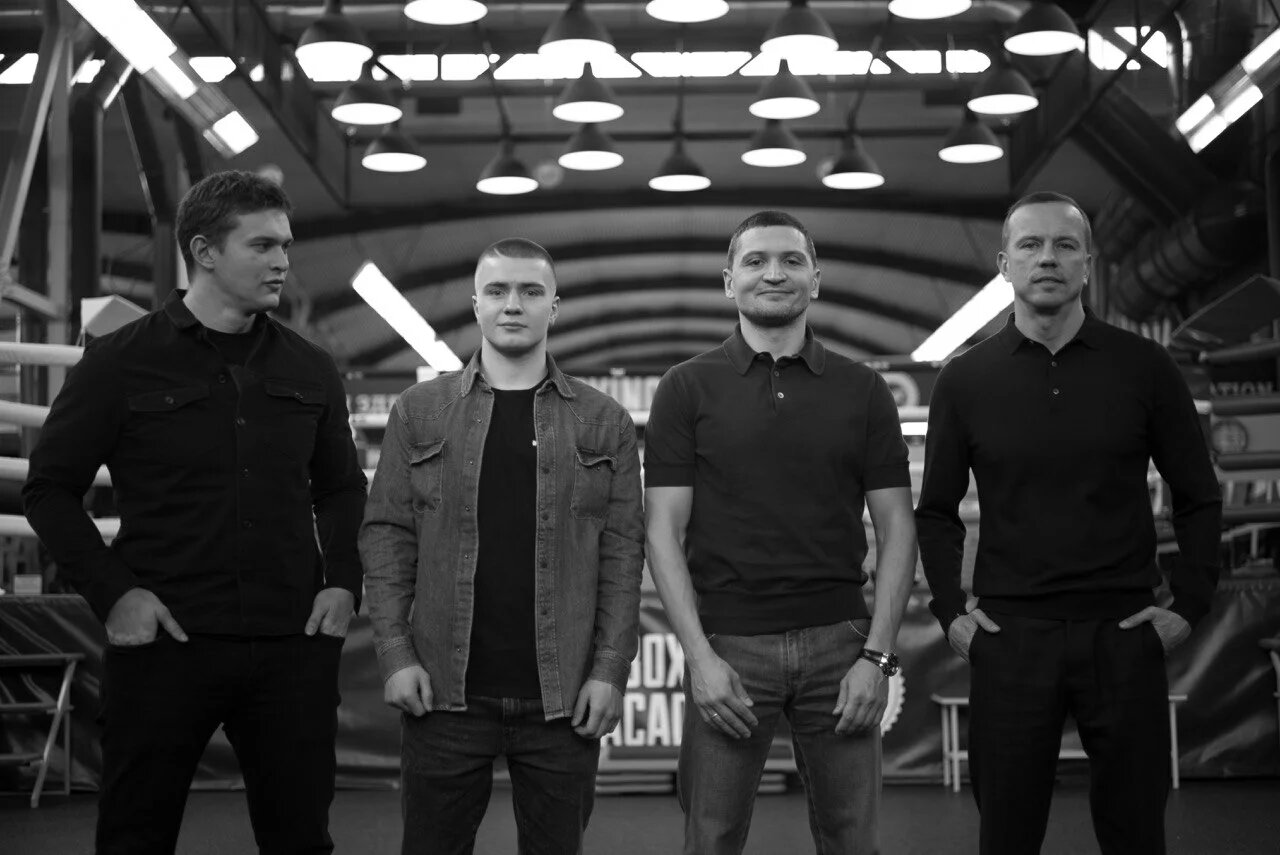 Timofey Kurgin constantly follows the performances of popular athletes, and also helps talents from Russia. Especially those who are just starting their way in a big sport. Among several sports projects, Kurgin's support goes to the sports team and the youth movement of Industrials.

With the support of Kurgin, Industrials annually holds street culture festivals and international MMA tournaments in the cities of Russia, where talented fighters get the opportunity to show themselves and get support in the development of a sports career.

Timofey Kurgin considers it important to hold tournaments of this kind in the regions of Russia, primarily in Siberia, where young people do not have so many chances to make their way into big sport, and young and talented guys feel a lack of attention. As an athlete is an example for others, for children in particular, according to Timofey, not only athletic qualities should be taken into account, but also human qualities - honesty, intelligence, ability to make quick decisions, self-confidence. 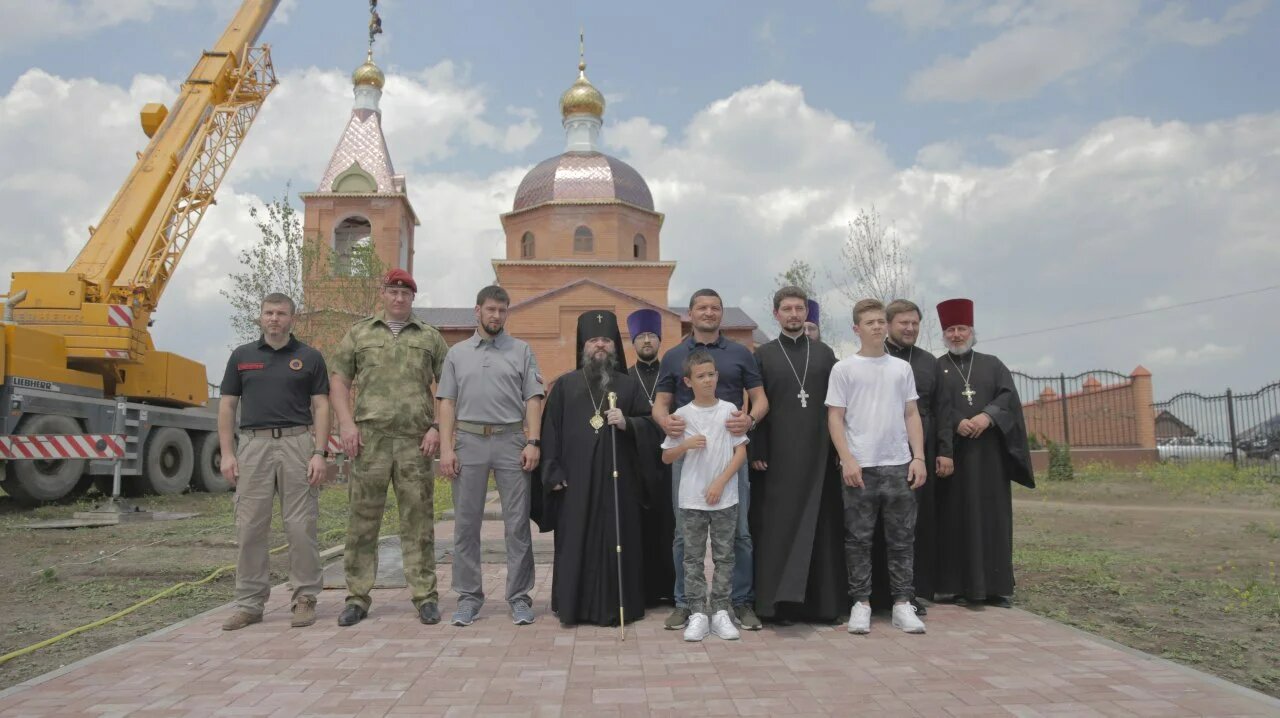 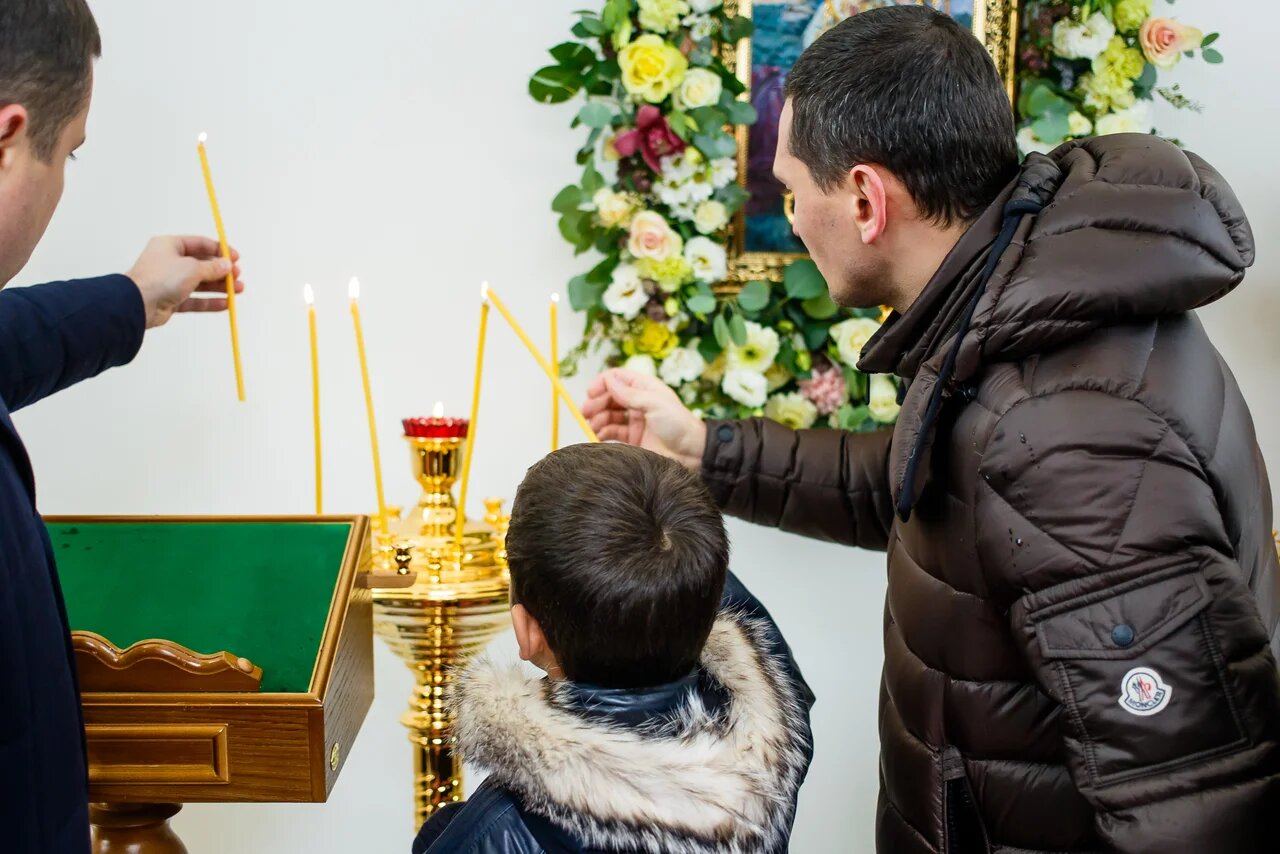 Timofey Kurgin on a regular basis initiates and finances social and charitable projects in Russia. About this activity, Kurgin says the following: «I invest in social projects, because this is my country, my children live and grow here, I grew up here and that’s what a person’s attitude to his homeland should be».

The opening of the chapel and the improvement of the cemetery of Japanese prisoners of war was a tribute and a response to the attitude of the Japanese people to the graves of the Russian military in the country after the war of 1904-1905.

On September 22, 2018, with the support of Timofey Kurgin, the opening of a new Orthodox church in honor of the holy Great Martyr Varvara was held in the village of Shelkovskaya (Chechen Republic). Important was the fact that a significant part of the population of Shelkovskaya for a long time were representatives of the Terek Cossacks. As Timofey Kurgin says, his maternal great-grandfather Ivan Kotlyarov was also a Terek Cossack. Timofey named one of his sons after his great-grandfather. The temple complex includes the first Orthodox school in the Republic, the abbot's house and the refectory building. The initiator of the construction was Ramzan Kadyrov, who supported the project at all stages of its’ implementation.

«I respect people with any convictions, — Timofey says, — but I believe that religion helps believers to take more care for any person and consider this person as a brother. It helps to solve many problems and eliminate military, religious and ethnic conflicts. Religion, as conscience and upbringing, can be important restriction, without which doing business and making money in the modern world is extremely dangerous. Of course if being an honest person that children and grandchildren could be proud of is important for you».