At the «Boxing Academy» in Luzhniki the final of the Roy Jones Jr. project «The path to absolute victory» was held 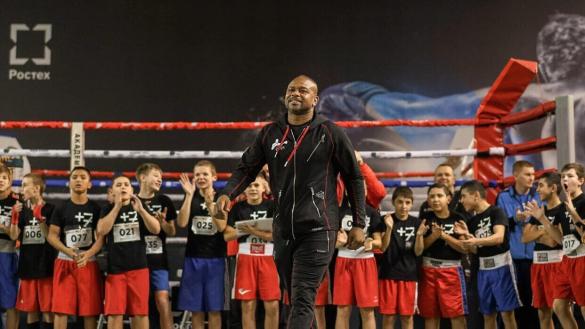 On November 28, at the «Boxing Academy» in Luzhniki, the final of the Roy Jones Jr. project «The Path to Absolute Victory» was held, organized with the support of the Fund +7.

The project started in September and the first part took place in the Irkutsk Region and the Krasnoyarsk Territory, and then, starting in mid-October, selection began in Moscow and the Moscow Region.

On the day of the Moscow finals, 100 people gathered at the Boxing Academy, who were selected from the total number of applications filed by boxers aged 10 to 17 years. Within the framework of the event, athletes were divided into three age categories. The main evaluation criteria were the skills shown in sparring. Some of the participants tried to impress Roy Jones, by copying his signature movements.

«Today I saw a lot of talented guys, — Roy Jones said. — If we could take everyone, I would do so. However, according to the rules, only 10 people went further. But I must say that they didn’t pass because only they were the best. No, there were guys who are at least no worse. The selection was held collectively, we chose those who made the most impression and scored the most points based on the vote of my team, but this does not mean that those who did not get into it are worse. With my project, I want to not only select the boxers in my team, but also generally inspire the guys for further progress».