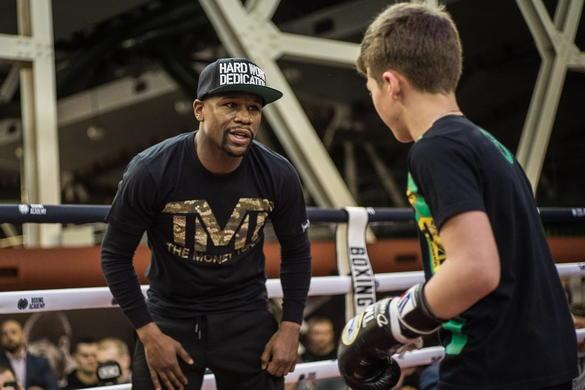 On March 15, 2017, the Boxing Academy TMT Boxing Academy opened in Zhukovka near Moscow. The project was created by the founder of The Money Team Russia brand Timofey Kurgin. The famous boxer was personally present at the opening, giving a master class and answering the questions of those present.

According to Timofey Kurgin, cooperation with such legends as Floyd Mayweather will allow to attract much more attention of the younger generation to sports.

Mayweather expressed the hope that Boxing Academy TMT will become one of the most popular training grounds in our country.